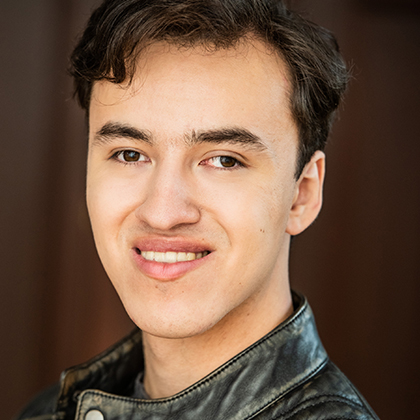 Dylan Thomas-Bouchier is a Cree and Dene dis-arts storyteller. Born and raised in Fort McMurray and the Fort McKay First Nation (Treaty 8), Dylan is focused on using his voice and presence as an Indigenous artist and dis-arts storyteller to develop and support important and engaging theatre and stories on Turtle Island. He believes that theatre must become more accessible for all the different voices that can and should tell stories in this land.

Dylan started working in theatre at a young age and has also worked in film, including on the short film, The Good Survivor, funded by Telus STORYHIVE. He has also developed his own writing as part of the Nextfest Arts Festival in Edmonton, Alberta.