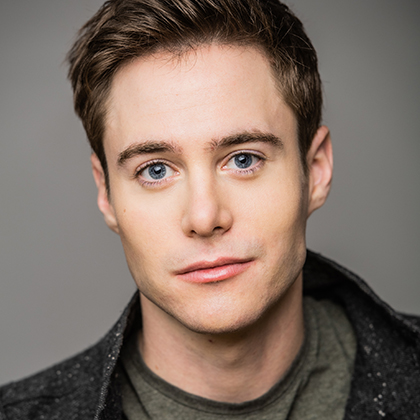 Callan Potter is a theatre and film actor from Stratford, Ontario. His childhood home was always filled with books and plays, and he spent a great deal of that childhood getting lost in those worlds and creating his own.

Callan's credits prior to the National Theatre School include spending two seasons at the Stratford Festival, co-starring in one of the title roles of the three-film series, Bruno and Boots (YTV), starring in the series The Other Kingdom (Nickelodeon), and in feature films, including The Swap (Disney) and No One Would Tell (Lifetime). Callan can also be seen in a variety of on-camera projects including Murdoch Mysteries (CBC), Riot Girls, among others.

In his spare time, Callan can be found adventuring, reading, writing, filmmaking, and trying to leave the house on the first try without forgetting anything.

He believes strongly in the power of laughter and the sense of love and community that art can instill in us all. Callan was immediately drawn to theatre and performance at a young age and is incredibly grateful to spend his life creating, connecting, and doing what he loves.