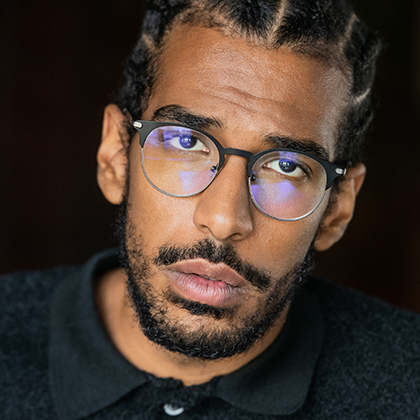 A Sudanese-Canadian, Mohamed Ahmed – or, Moe – was raised in Millwoods, Edmonton, AB. His endeavours in theatre and acting began with Improv and spiraled out from there. Not wanting to be limited to just one artistic avenue, Mohamed is a multidisciplinary artist who also has talents in music and the visual arts. A sample of his music, Smile and Colours, is available on all platforms under the name, “Just Moe”.

Mohamed also studied at the University of Alberta where he worked with Jan Henderson, Mike Kennard, David Kennedy, David Ley, and David Barnet, to name a few.

With this chapter of his life coming to a close, and as he enters the next one, he is excited for whatever new horizons and opportunities that present themselves in the years to come.