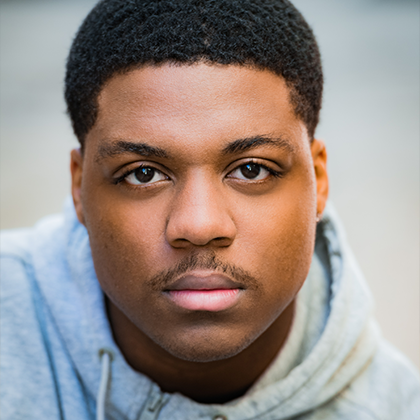 From the East side of Toronto, Savion grew up in Scarborough,ON. He first fell in love with the arts at his afterschool program where he was introduced to Drums, Singing, Acting, and Dancing. From there he studied at Wexford Collegiate School for the Arts, where he fell in love with Musicals and Plays and the way they can make people feel. Two of those musicals were West Side Story where he played the role of Tony and Urinetown where he played Bobby Strong. From there he started his journey at The National Theatre School Of Canada.

Savion also writes and records his own music. He has 3 songs out on Soundcloud and one on Apple Music and Spotify under the name of Savion Roach. He is also a dancer in Hip Hop and Contemporary styles.