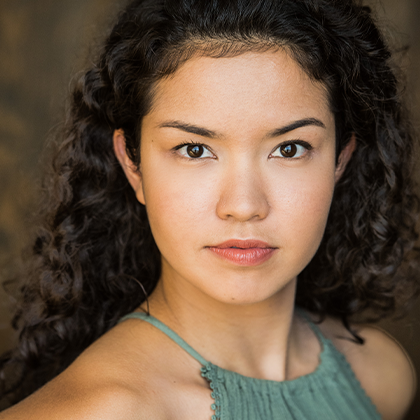 Erika Prevost is a Japanese-Canadian actor, dancer, singer, and creator born and raised in Montreal, Quebec. She hopes to share her love of storytelling — both on stage and in front of the camera — with as many people as possible, while never trading honesty for relatability.

During her time at NTS, Erika has had the opportunity to work with some of Canada’s top theatre practitioners such as David Latham, Ian Watson, Jackie Maxwell, Graeme Somerville and Alisa Palmer. It is there that she had the pleasure of portraying the role of Juliet in Romeo & Juliet, and Round Rose/Tokyo Rose in Mike Payette’s production of Burning Vision. Selected television and film credits include Dare Me (USA Network/Netflix), Polaroid (Dimension Films), The Next Step (Family Channel), Party of Five (Sony), American Gods (Amazon), Step Up All In (Lionsgate), to name a few.

Erika is trained in hip-hop, classical ballet, contemporary, jazz funk, and basic ballroom dance, and teaches dance workshops across the country. She is also trained in unarmed combat and case of rapiers.

Embracing the constant changes of this career path, Erika is excited to keep growing both as an artist and a human in this multifaceted industry.