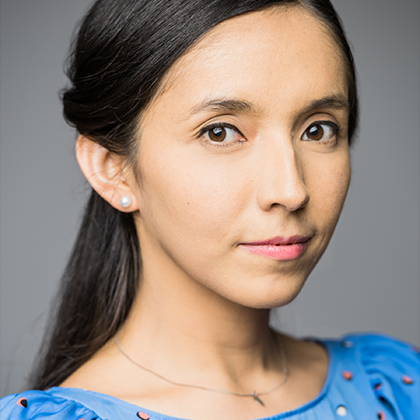 Ximena is a multidisciplinary artist based in Montreal. She was born in Bogotá, in the mountains of Colombia.

She began her career as an industrial designer but curiosity and the search for new artistic expressions lead her to fashion design. Searching to expand her vision beyond design and always passionate about the intersection between visual and performing arts, Ximena has landed into the world of scenography.

As a set and costume designer, she explores the close relationship between character and space, lighting and colour, emotion and storytelling, all of which provide a common thread for the development of poetry on stage.

Her visual language is deeply influenced by her Latin American heritage and her exposure to multiple cultural environments.

Ximena is interested in working and collaborating with dance, circus and theatre companies.

During her training at NTS, she worked with notable directors such as Danielle Irvine and Mike Payette. Her design coaches include Michael Slack, Patrice Charboneau-Brunelle and Stéphane Longpré.