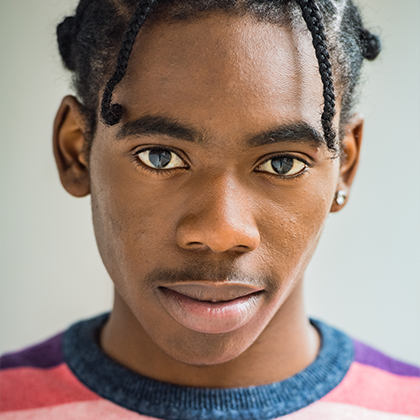 Talijah Levene was raised in Downtown Toronto, under skyscrapers and bright city lights. In his early childhood, he was passionate about movement and its power within storytelling, having been introduced to it by street and professional dancers, and through children's theatre. His father was a music promoter so, as he was growing up, Talijah got the chance to meet and see many artists perform. While backstage, he got an early glimpse of how a performer connects to their audience and the amount of hard work which happens backstage within a crew.

Apart from NTS, Talijah has worked with the Toronto-based theatre company Edge of The Sky in the Toronto Fringe Festival. He is also an experienced dancer and has trained in ballet, modern, contemporary, and hip hop. In addition, he is the young director for his creative collective All Around, which is based in Toronto and Montreal. Rather than being confined by, or limited to, one profession, All Around focuses on being involved in, and passionate about, many, including music, art, theatre, fashion, and film.