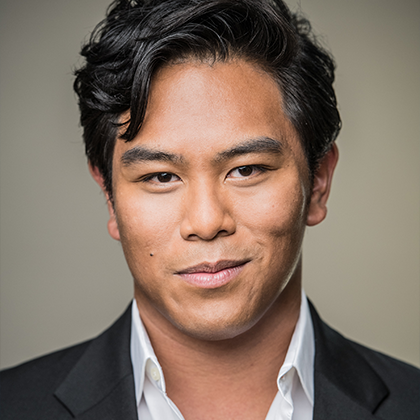 Ray Jacildo (He/Him) is an Asian-Canadian actor and theatre creator. Born in the Philippines, Ray is an avid traveller and backpacker. As an actor he has performed in Toronto, New York, UK, and Eastern Europe. Ray’s work focuses on classical and political texts, giving voice to underrepresented intersections of society, and bridging cultural schisms. He approaches all of his work with his whole body and open heart.

Prior to NTS, Ray was the youngest member to sit on the Board of Directors of Theatre Ontario and was a founding member of their Youth Advisory Committee. In addition, Ray was the Executive Director of a non-profit that planned a solar powered rock concert featuring David Suzuki, Sum 41, and the Barenaked Ladies, and which installed millions of dollars worth of solar panels atop Toronto high schools.