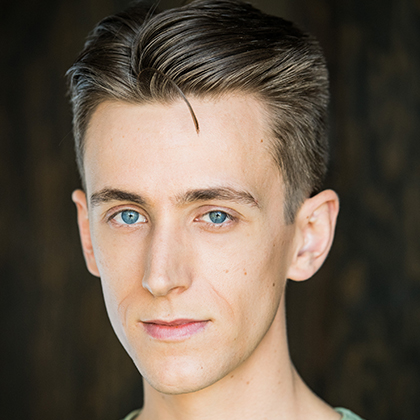 Michael Bell is an actor from North Saanich and Victoria, British Columbia, land belonging to the WSÁNEĆ, Songhees and Esquimalt Nations.

For Michael, acting is all about following your curiosity, feeding the imagination, and giving over to our natural love of play. He feels compelled to engage in work that challenges the assumed structures of society, in particular stories told by dissenting voices and the chronically underrepresented.

Prior to NTS, Michael has worked with a number of theatre and production companies including the Belfry Theatre, Puente Theatre, Launch Pad Theatre, the Greater Victoria Shakespeare Festival, Kaleidoscope Theatre for Young People, Bema Productions, and Theatre Inconnu. He can be seen on camera playing Ollie in Less Bland Production’s sitcom webseries Ollie and Emma.