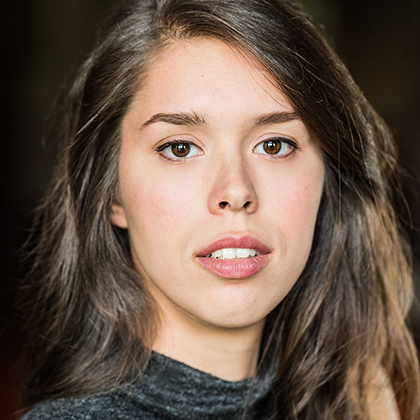 During her training at the National Theatre School of Canada, Audrey discovered classic and contemporary theatre under the supervision of renowned directors such as Josée Deschênes, Véronique Côté, Olivier Choinière, Michel-Maxime Legault and Pierre Bernard, as well as Jocelyne Montpetit for dance.

Her creative journey was also greatly influence by approaches to creation through exploration and improvisation.

Over the past few years, Audrey has involved herself as an actor in the creation of several plays, some of which attracted attention at festivals such as Zone Homa and the Fringe. She also participated in creating original short films, both in English and in French.

Audrey has a strong interest in creation. She is equally passionate about writing, singing, dancing, and drawing.