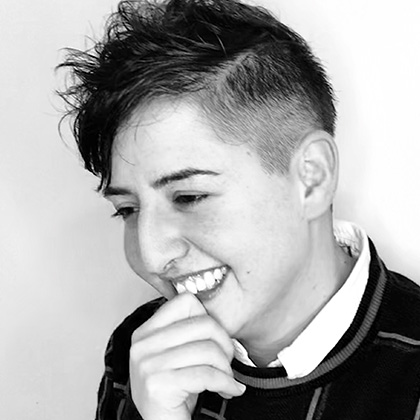 She has over 17 years of experience in text-based and devised work deeply rooted in inter-cultural and collaborative approaches. Fay’s work often examines questions of race, gender, sexuality, culture and language through an intersectional lens to shift meanings and deconstruct paradigms rooted in our society. Fay’s work celebrates empathy and blurs the line between politics and intimate personal stories.

As an artistic leader and a practitioner, Fay has deep and involved relationships—both creative and organizational—with a wide spectrum of artists across generations and stylistic practices. As an educator and facilitator, their philosophy and pedagogy are rooted in anti-racism and anti-oppression.