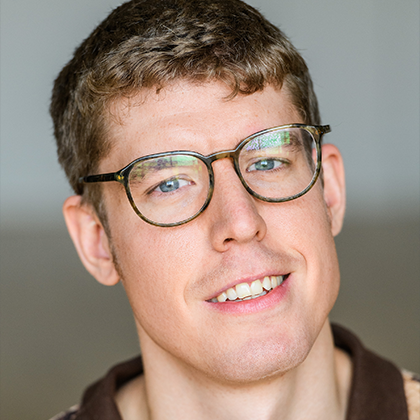 Mitch Labrosse is a multidisciplinary artist whose background in composition and music production makes his interests lean primarily towards sound design. However, he is also curious about exploring video design and its interaction with sound as well disciplines outside of theatre, such as dance and film composition.

His work in theatre is rooted in collaboration as a means to inspiration and the use of technology in storytelling. As a Francophile with roots in French theatre, he is also interested in working within that community.

Prior to NTS, Mitch completed a Bachelor of Arts with a Major in Music and Minor in Theatre at the University of Ottawa. He is grateful for the many mentors he has had throughout his studies including Deanna Choi, Rob Denton, Debashis Sinha, Troy Slocum, Nick Bottomley, Dave Surette and Dean Fleming.