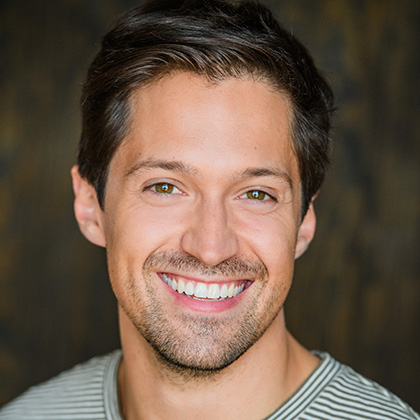 Charles Brien’s fire for theatre was first ignited at Université Laval, as a member of the troupe Les Treize. After completing his studies in communication, Charles pursued acting at the Vancouver Film School, where he learned from artists such as Bill Marchant, Omari Newton and Andrew McIlroy.

Upon returning to Quebec, he was cast in the TYA production No Kids, No Crabs (dir. Jean-François Gascon) with Théâtre Parminou. He performed over a hundred times in English and French across Quebec before joining NTS.

During his time at NTS, Charles continued to broaden his horizons and skills under the direction of Tim Welham, Brian Dooley, Alisa Palmer, Jackie Maxwell, Mike Payette, Brenda Bazinet, Marla McLean and Graeme Somerville and fell in love with Shakespeare’s poetry while playing Oberon in A Midsummer Night’s Dream, directed by Danielle Irvine.

The last three years have taught him to pace his perfectionism, to follow his imagination and to trust his sensitivity. His curiosity and determination are a testament to his capacity as an artist, learning to play the upright bass from scratch for the third-year creation project led by Jani Lauzon. After graduating, Charles wants to act and write. He recently had the opportunity to work with the elderly and he hopes to include this in his artistic practice in the future.