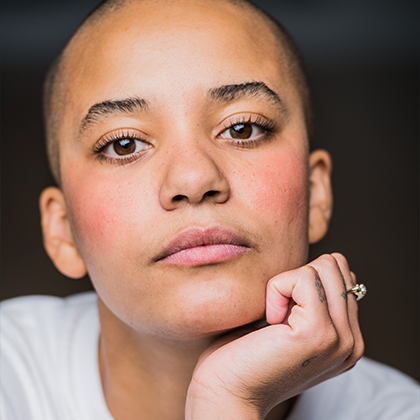 Kalale Dalton-Lutale is a Black, queer playwright and performer originally from Tkaronto/Toronto. Her work, which embraces surrealism, mothers, loss and pop culture, always reveals, at its core, a curiosity about people.

In May, Kalale will graduate from the National Theatre School of Canada. While there she worked with a selection of theatre practitioners, including dramaturges Mel Hague, Bob White and Andrea Romaldi.