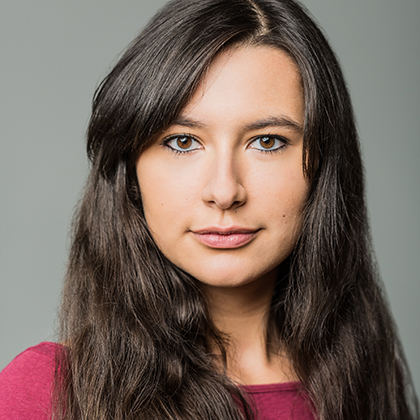 Tara Sky is an Anishinaabe Métis and Haisla First Nations actor. She grew up in the theatre and can't imagine doing anything else. Thanks to the training at NTS, she has refined her skills in singing, stage combat, movement, choreography, and wearing a corset! Most importantly she has also learned that there is always more to learn.

Tara was a member of the Soulpepper City Youth program and has recently worked for Shadowland and the Centre for Indigenous Theatre. She has also performed at the National Arts Centre in their production of Nativity and at the Summerworks Festival. She has made several short films and is keen to continue learning filmmaking and editing.

Passionate about her culture, she hopes to share her knowledge with everyone she meets. She plans on taking advantage of what the world has to offer and to rise up as far as she can.