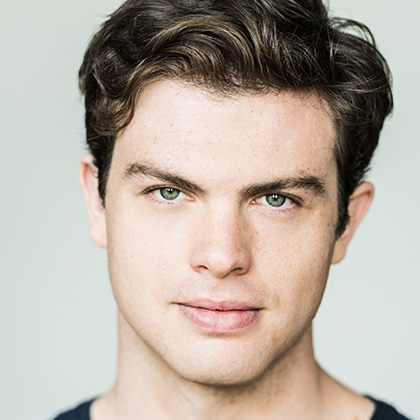 Planted and harvested in the Maritimes of Canada, Jesse was raised with a love for language and storytelling. Jesse spent much of his childhood travelling with his father, who performed as a singer, across the Eastern Seaboard. Because of these important experiences, he has developed a love of travel and sharing stories with people from all backgrounds.

Jesse is a recent graduate of the Acting Program at the National Theatre School of Canada. Through his training at NTS, he has had the opportunity to work with some of Canada’s top theatre practitioners such as Alisa Palmer, David Latham, Jackie Maxwell, Ian Watson, Brenda Bazinet, Philip Akin, John Stead, Graeme Somerville and Marla McLean.

In addition to his passion for acting, Jesse is also an avid reader and writer. His writing includes poetry, short stories, and theatre creation. Having the privilege to explore beautiful language and stories is why he continues to practice his craft. Some of his favourite playwrights include Annie Baker, Will Eno, Jez Butterworth, and Daniel Brooks.