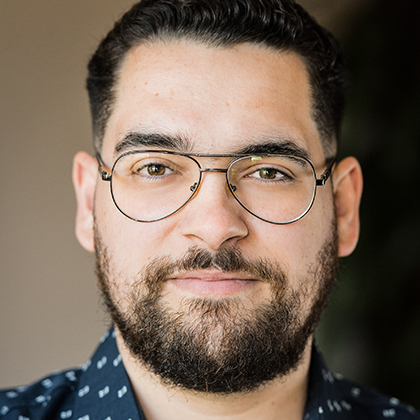 Pedro is a Brazilian theatre graduate, deeply interested in how the visual elements have their own narrative in theatre. Inspired by guest artists at school, such as Andrea Lundy, Jason Hand and Leigh Ann Vardy, Pedro looks to keep working with both technical and creative aspects of the visual design, with a special interest in how lighting can challenge audience perception and how it helps with the storytelling of a play. Pedro has worked as lighting technician, light operator, follow spot, backstage crew and fly crew in several productions.

He has worked with international directors such as Robert Wilson (Lady from the Sea, 2013) and Robert Lepage (Playing Cards–Spades and Playing Cards–Hearts, 2014) back in Brazil and Djanet Sears (The Laramie Project, 2016) and Eda Holmes (The Threepenny Opera, 2018) in Canada.

Pedro is able to work with ETC lighting consoles, and design software such as QLab, Isadora, Vectorworks, AutoCad, Lightwright and Protools, as well as the Microsoft Office package.
Contact info: pmelao1@hotmail.com | (514) 668-4668